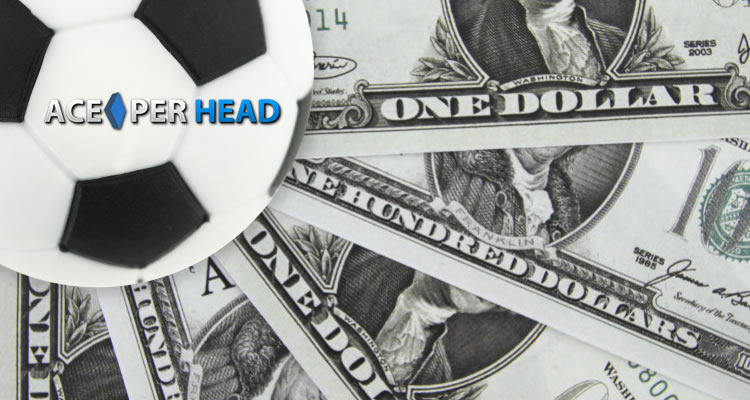 Soccer is the world’s most popular sport, and it seems like it is finally ready to make an entrance in the US. For reasons unknown, the sport had not taken a hold amongst Americans until now, but, it is gaining ground faster than anyone anticipated.

We have already started to see the first encouraging signs, the last two World Cups generated more volume than any sportsbook expected. And the great part is, that since the sport is so new to so many gamblers, there is sure to be a learning curve for them, one that the bookies can take ample advantage from.

Handling soccer lines requires a certain expertise, that no all line managers possess, luckily AcePerHead.com has some of the best soccer line managers in the industry. The offshore sportsbook industry has become very segmented, you have expert line movers and managers for every major sport, and with the surge in soccer’s popularity it has become a necessity to have experts in the field as well, something Ace Per Head realized early on and managed to snatch the best guys.

As mentioned before, the learning curve that will inevitably occur is the perfect scenario for bookies to make a nice profit, and because soccer is played around the world, there is always a game being played somewhere. Granted the most popular leagues like, the English Premier League, Germany’s Bundesliga, Spain’s La Liga, Italy’s Serie A and of course our own MLS, will the ones that generate the most buzz, but, www.AcePerHead.com carries second division leagues and international tournaments which also generate a lot of interest.

The next World Cup is set to be played in Russia in 2018, the US National Soccer Team is still in the running for a spot and if they make it, then it will be a very interesting World Cup, especially given recent political events. But even if the US does not make the cut, people will still want to bet on it. The US is a melting pot, we have people from all over the world living here, and if their team is playing they will bet on it.

The soccer betting software is specially designed to handle world soccer events such as this, it allows for props, match ups and more. There are so many betting options available, that frankly, players won’t know what to do. With so much to bet on, they are sure to make a few missteps and this is where the agents can capitalize.

The best place to take the new soccer revolution that is sweeping the country is AcePerHead.com.