Time to Adjust the Odds 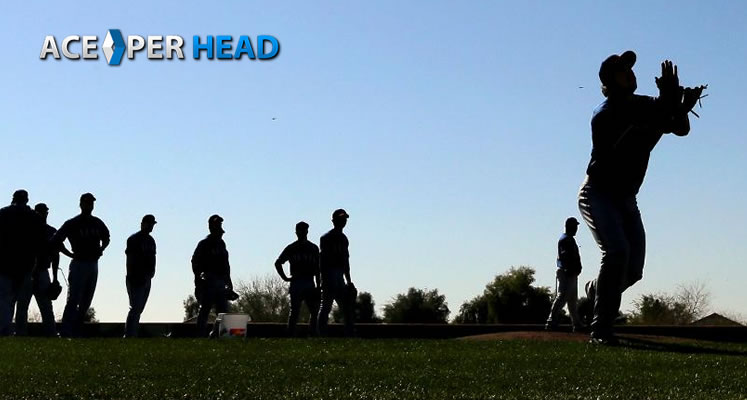 Time to Adjust the Odds

Every year after all the star game the odds to win the MLB series get a major overhaul, teams that showed promise at the end of last season have been left behind while other franchises have seemly come out of nowhere to become front-runners.

Who will win the World Series?

So, if we know this is a yearly event, why does it matter so much? If you are a seasoned agent, you might have a clearer understanding of why you should care than rookie agents. Then again, many agents who are used to working with a run of the mill pay per head agents might not have experienced the benefits of updated odds in the middle of the season.

One thing is clear, baseball is not the biggest moneymaker sport for those in the gambling business. Having said that, there is no plausible reason why agents can’t make a decent profit in this market. We have already mentioned this in other articles, but, it bears to mention again for those who might not have seen them.

Simply put, agents can and should make a profit during baseball season, if you aren’t, then maybe it’s time for you to consider switching to a better pay per head service like www.AcePerHead.com.

When it comes to baseball, money lines are your only line of defense, you don’t have the advantage of a point spread to improve your chances of making money. One reason why bettors have a higher winning percentage in baseball than in other sports is that they only need to pick the winner of the game.

This means that being able to set sharp odds that give agents a chance to make a profit is imperative, yet most line managers working for different pay per head services have given up in trying to generate profits for their clients during this time of year.

The mentality of the odd makers and line managers at Ace Per Head is the complete opposite, their mission is to maximize your earnings regardless of the season. Because of this, more agents consistently report having their best baseball season after switching to their service.

The sport of baseball has one of the most extended seasons, each team plays 162 regular-season games, which means there are a total of 2430 games played during the season not counting the post-season. Being able to maintain a winning percentage with this amount of games is no easy feat, but, it is not impossible.

The odds to win the MLB series are way before the season starts and are mostly based on statistics from the previous seasons and the performance of the teams during the pre-season.

The All-Star Game marks the middle of the season more or less, and it is at this time that those betting futures need a major overhaul. Although at this time nothing is set in stone and many things can change, the teams who are definite contenders to win the World Series or at least those who have a better chance of reaching the post-season have become clear.

Adjusting the odds to win the MLB series presents a new opportunity for agents to increase their revenues for the season, given that players now know if the teams they selected at the beginning of the season are still in the running or not.

If none of their picks are contenders they will be tempted to make other wagers to minimize the losses, if, on the other hand, their teams are still in the running, they might want to double down on their initial bets.

Injuries play a big part in setting betting odds, this is true no matter what the sport is, however, in baseball the loss of a starting pitcher or one of the teams’ biggest sluggers due to injuries, can have a significant impact in the team’s performance. Losing a series or experiencing a losing streak can knock a team out of contention.

If there have been any significant injuries during the first half of the season, a team’s chance of still reaching the post-season and ultimately winning the World Series can be severely undermined.

Pay per head companies who do not pay close attention during this time of year, and especially those who don’t take the time to accurately adjust the odds to win the MLB series and other future betting odds are doing a great disservice to their clients.

AcePerHead.com understands how adjusting the future odds can improve an agent’s bottom line, this is true for any sport, but probably more noticeable for baseball.

The odds to win the MLB series, like any other betting odds, are not the true odds of winning, they are based on many factors including team popularity. After the All-Star Game, the popularity of the teams can take a significant swing, teams who were nobody’s favorite have now developed a new fan base, but, in some cases, even teams with a winning record can remain unpopular.

Understanding the likes and dislikes as well as the betting patterns of the individual agent packages so odds can be adjusted to appeal to the bettors if something that cannot be overlooked. And yet most pay per head companies do ignore them, preferring instead to take the easy way out and post generic betting odds as if in this business a one size fits all approach can be sustainable.

Adjusted betting futures represent a big part of the strategy applied by the line managers at AcePerHead.com, by moving lines in ways that appeal to players and enticing them to place more bets on events are yet not truly defined, increased the potential earnings of agents.

Gambling is a numbers game, a lot of players are not interested in following the baseball season from beginning to end, but, they do become interested in the second half of the season, meaning that the number of bettors increases as the end of the regular season approaches. The more competitive and sharper the lines are, the more appealing they will become to this type of bettor.

Right now, is the time to adjust the betting odds for baseball, but with NFL season just around the corner, doesn’t it feel like it should be time for you as an agent to adjust your expectations for the better? Don’t delay any further, switch to the better PPH service, AcePerHead.com today!