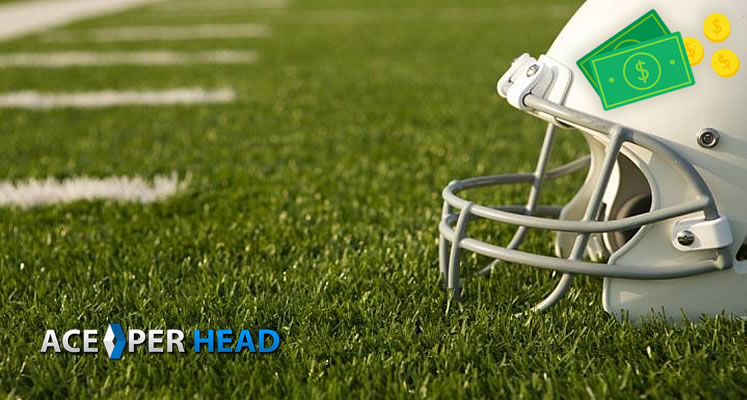 Training camps are about to close shop, rookies and veterans will hit the field starting this Thursday, August 2nd when the start of the prelude to the NFL season 2018 kicks off with the Hall of Fame Game.

This is an exciting time for bookies and bettors alike; sportsbooks across the globe have been adjusting their 2019 Super Bowl odds with every new revelation and injury that happens the training camps of every NFL team. Some bettors were quick to take the earliest lines based on their expectations, while others are waiting for the last possible moment to place their bets.

Overall, this preseason promises to deliver a real football spectacle for the fans and the bookies, there are high hopes for newly drafted players, while, the anticipation to see how last season’s sensations will hold up this year.

Some bookies don’t appreciate the opportunities that NFL preseason presents, they assume bettors won’t be interested, and as a result, drop the ball on offering sharp lines. While we won’t deny that there is a market segment that won’t bet on the preseason, choosing to observe and analyze team performances instead; those that do deserve to be treated with respect.

Pay per head companies that don’t take the time to post competitive, well-researched lines to potential bettors are doing their bookie agent clients a disservice. An online bookie’s reputation rests on their capacity to offer strong betting lines, even in preseason matches. That is one of the reasons many agents end up switching services right before the start of the football season.

If you are an agent, do yourself a favor and register with www.AcePerHead.com today, and give yourself the chance to start the NFL season 2018 on the right foot. Ace Per Head is the only price per head company that puts as much attention to detail in their preseason betting odds, and they do for the Super Bowl.

With 20 years’ worth of experience under their belts, they have mastered the art of helping bookies make record profits during football season, as so far, we see nothing standing in their way to prevent them from doing it again.

If you are still not convinced about the value of posting sharp lines during the preseason, consider the following:

Every year the audience for NFL preseason games increases, and with each yearly increase, the number of bettors also increases. Most pay per head companies got stuck on the argument that no one bets on preseason anyway, and this might have been true 5 years ago, but, it is no longer the case.

When speaking to the Ace Per Head experts, they mentioned how over the past few years, the volume generated by the Hall of Fame Game has easily surpassed the action on most of the baseball games. They also noted that a preseason game played during the week will draw half of the money of an average baseball game and that this trend has been growing.

Now, for the detractors of preseason games, it will be easy to say that Baseball is one of the lowest profit generating sport for bookies, and they would be right. However, during this time of year, every baseball game played counts toward the ranking of the team, while the NFL preseason games do not.

The point I am trying to make here is, if a game that does not count towards the championship can generate half the profits of a game that does, it is indeed worth posting good lines for it.

The reason a lot of bookies fail at generating a profit during the preseason is that they think all coaches have the same intention; play their young starters into the third quarter to test them, with no regard to whether the team wins or not.

The reality is there are many factors and strategies that need to be figured out and analyzed on a week per week basis. This requires time, dedication, and a deeper understanding of the game, the team’s coach, and the players. Sadly, this is not an effort most pay per head companies are willing to provide, and it costs bookies money.

AcePerHead.com, on the other hand, takes the time to try and decipher what the coach’s intention will be for each game. Some might give more playing time to players fighting for a spot on the roster, while others are more interested in putting their newly acquired talent to the test.

This type of information is instrumental in generating more accurate lines, that over the course of the 4 weeks of preseason can result in higher profit margins for bookies.

This puts in evidence how crucial it is for oddsmakers to be good at picking winners, but, it also means that knowing and understanding the betting trends of the different agent packages can significantly impact how productive the preseason can be.

By this I mean, that the type of bettor that shows interest in betting during the preseason is the one who will root for their home team, or who will side with whichever team has the home field advantage. In this case, manipulating the spread can be difficult due to the number of variables involved in each game, but, line managers who understand the betting trends of each agent player sheet, will know when to make a line more expensive to draw attention to the other side.

I suppose the real difference between the run of the mill pay per head and AcePerHead.com, is how they view opportunity. The corporate culture over at Ace is based around the premise that every game presents a unique set of opportunities to generate the most profits for agents. They understand that ultimately, the better an agent does in terms of profits, the better AcePerHead.com will be.