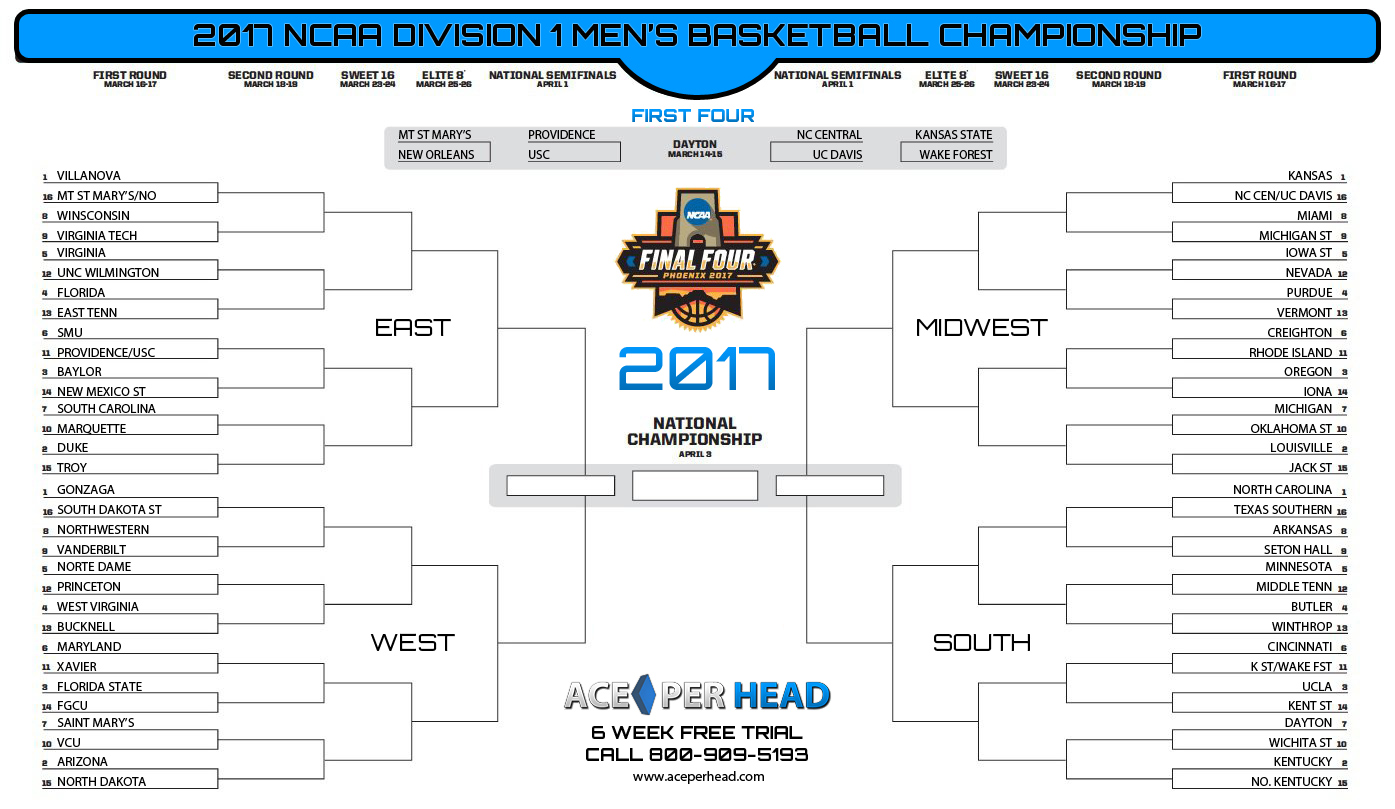 This is the time of the year when the NCAA Basketball is in the spotlight, March Madness kicks off this Tuesday, March 14th with action extending through April 3rd.

What you need to know about March Madness 2017 Tournament:

Do you know why it is called March Madness? It seems that the term can be tracked back to 1939 when an official at the Illinois High School Association wrote an article titled “March Madness” term that he used again three years later, however, it was not until 1982 when CBS broadcaster Brent Musburger used it during the network’s NCAA tournament coverage that it gained national popularity, and the rest is history.

Is it really madness? According to a study by Challenger, Gray & Christmas it is estimated that businesses in America lose close to $2 billion in productivity as their workers spend their time doing research and making their picks for their brackets. Madness!

As announced this Selection Sunday, Villanova, Kansas, North Carolina and Gonzaga are the number one seeds in each of the four regions.

With this, the table is set, betting begins with the First Four games (Providence vs. USC; Kansas State vs. Wake Forest; NC Central vs. UC Davis and Mount St. Mary’s vs. New Orleans) which will take place March 14th and 15th . These games determine who moves on to the round of 64.

There is no shortage of action for the next few days as 48 games will be played from March 16th through March 19th.

Games resume from March 23rd through the 26th with the regional matchups.

There is no March Madness without Bracket Pools,  it just adds to the excitement of the tournament, especially when good money is involved.

Here at AcePerHead.com we strive to offer the best possible service and to create new and innovative alternatives for our clients, so, as we are about to begin this period of Madness we are making available right on our site and all our skins a printable Bracket Pool with the idea that everyone can run their own pool and test their knowledge of the NCAA College Basketball Tournament.

Will it be Gonzaga? Maybe Villanova Wildcats take it again, perhaps Kentucky… yet it could be North Carolina. Who’s part of your Final Four?

ACE PER HEAD will offer, as usual the best odds for all 68 teams, join in the Madness along with friends, family  or coworkers!