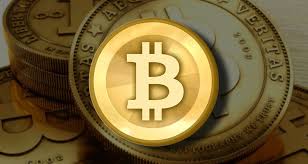 In simple terms, the Bitcoin network is just thousands and thousands of individuals and companies running the same piece of software on their servers. That software enables bitcoin to exist, allows transactions to occur, and it prevents any one of those participants from manipulating the bitcoin rules or balances.

Over the last two years, there has been a growing disagreement between developers of the Bitcoin code. That disagreement is coming to a point on august 1st when a handful of participants will stop running the Bitcoin software and install a new unofficial version instead, which is incompatible with the existing network.

The result is what is called a “fork”. Two versions of Bitcoin will exist, one is the “official” Bitcoin, and the other is something brand new that has been termed “Bitcoin Cash.”

This kind of thing has happened before in the world of cryptocurrencies. Typically, one of the two variants remains dominant and the other vanishes into obscurity. The most likely outcome is that Bitcoin Cash will not hold much value in the long term, though that remains to be seen.

How this Affects Payments to Ace?

The fork is likely to cause some short-term market instability as well as Bitcoin network instability, so as a precaution, we are not accepting any Bitcoin payments between 12:00pm on July 31st (EST) and 12:00pm on August 3rd (EST).

What does this mean for me, a Bitcoin user?

In specific terms, you should check with your website or exchange or wallet developer to see what they are supporting. Some will give you access to both coins, some intend to commit to only one network or the other.

More information, with some of the technical details, can be found here: https://bitcoinmagazine.com/articles/bitcoin-beginners-guide-surviving-bip-148-uasf/