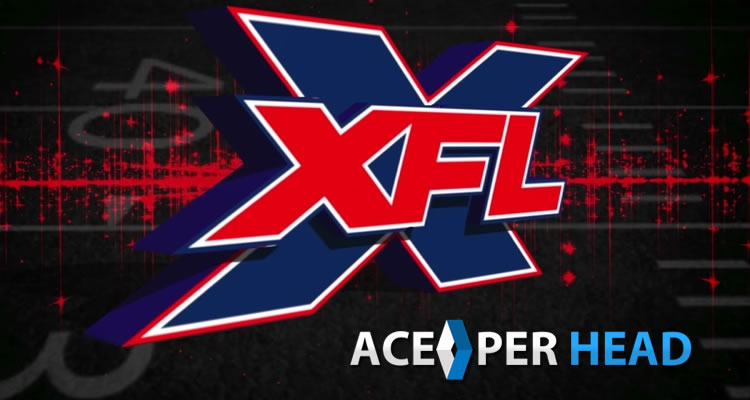 Even though the popular NFL season is over, there is still some football available to watch and bet on if you can’t wait until next September. The XFL kicked off their first season on Feb 8th, 2020 with a total of 8 teams playing 10 regular-season games over the course of 10 weeks, with playoffs and a championship game to conclude the season.

With any new league regardless of the sport, it is important to get people interested and keep them interested, and one way the XFL is doing that is by changing some of the rules in football to make the game go faster and be even more entertaining.

Some innovations that the XFL has incorporated into the rules are with the kickoff, being that players on the kicking team cannot move until the ball is either touched by the returner or 3 seconds after the ball touches the ground. This was done because the NFL has made so many rules to protect the player on kickoffs that there is hardly ever quality returns. Instead, the XFL is making it this way to provide more excitement on returns, and at the same time making it less dangerous because players don’t have a 30-yard sprint to make the collision and tackle.

Another major rule change is the point after a touchdown, which in the NFL, the team has the chance to kick an extra point which is worth one point or go for 2 and cross the goal line. In the XFL the team has the option of running a play for the 2, 5, or 10-yard line, which are worth 1, 2, or 3 points respectively, with no opportunity to make a kick. This was also done to make it more exciting compared to the NFL where most teams go for the usual automatic kick for 1 point. In addition, it also means that if a team is down by 9 points, then they are still only one possession behind, compared to the NFL where you would be down by two possessions.

For punts, the XFL made it similar to the kickoffs where players on the kicking team cannot start running past the line of scrimmage until the ball is kicked, and if a punt goes out of bounds inside the 35-yard line or lands in the opponents end zone then it is considered a Major touchback where the ball goes all the way to the 35-yard line. This is meant to create more punt returns and also provide less incentive for teams to punt once in their opponent’s territory because a touchback will bring the ball to the 35-yard line. So the theory is this will help to create less punting and more teams going for it on 4th down.

These are just a few of the rule changes that the XFL has incorporated to make the game faster and more entertaining for fans. In addition, in the gambling aspect, some of the best pay per head services in the industry such as www.AcePerHead.com have added multiple betting options for each XFL game. They have side, total, and money line options for all full games and half times, and individual team totals and the always-popular live in-game betting odds for each game.

This is a great way for bookies around the world to cash in with taking action on this new and exciting league that may actually have the chance to stick around for more than one season.