How Much do Bookies Make Per Year? 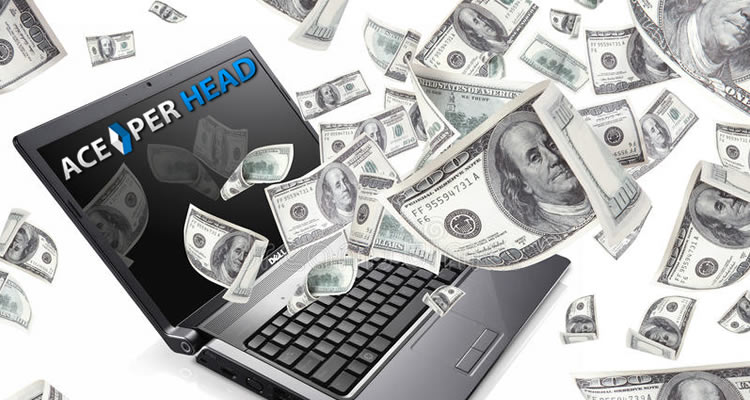 Bookies accept wagers on sporting events and even though each bet can vary considerably, the end result is that bookies make money when their player’s wagers lose. How much money bookies actually make per year can vary substantially, but depends predominately on how much each of their players bet on each game and how many overall players they have betting with them each week.

Clearly though if you are a bookie then the more players you have and the larger amounts your players bet per wager will greatly increase the amount of money you will make each week and each year. Bookies with 100 plus players can easily make 100k a week, or in yearly terms over $5 million dollars a year. But once again if you have very small bettors or not a lot of bettors then the amount of money a bookie will make will be much lower.

But even if you are a small-time bookie it doesn’t mean you can’t make a lot of money. So let’s just give some examples so you can actually see how easy it is to make money from booking action. Let’s just say you only have one player and he is a super small bettor that only bets $50 a game. If he only makes 10 bets a week and wins 5 and loses 5 bets he will still end up losing the 10% juice on each wager so even if he splits he will still end up losing money for the week. If he wagers $50 a game he will end up losing a total of $50 on those 10 wagers for the week, and over the years’ time that would be the equivalent of losing $2600 a year.

Now that is the smallest and most inconsequential type of better around because anyone that knows a gambler knows it’s an addiction and people like this don’t bet these small amounts and so infrequently. So instead these guys may start small but over time they will increase their betting volumes and frequency which just means they will end up losing more money over time. Also, bettors don’t go 50/50 on their wagers, they always loss on average anywhere from 60% to 70% of their wagers. So this means that even if a player loses 60% of his wagers that means he loses 6 out of 10 wagers which on 10 wagers of $50 each with the juice will mean he will lose $130 a week and $6,760 a year. So now if you have 10 of these super small basic bettors that still means you can be easily making at least $67,600 a year.

So that was just a simple basic example of a player that barely bets each week, but you can clearly see that if you have players that are slightly larger bettors that bet a bit more times each week then you can make so much more money. So let’s just say that you have a player that bets $100 a game and he bets 20 times a week and losses 60% of his games on average. That means he will win 8 times out of 20 bets and plus the juice this will mean he will lose $520 a week or $27,040 a year, and then if you have a total of 10 players just like him then you will be making on average $270,400 a year. Sure these are simple averages and players are not going to lose every single week, but they also are not going to lose only $520 a week when they do lose, because when bettors start to lose then they just start betting bigger and betting more games in order to chase the balance into the positive. However, this only makes it worse for the player and they just end up losing even more money.

So as you can see it does not take a lot of players or a lot of wagers for bookies to make money, however the more players and the more wagers they make each week, then the more money you will end up making as the bookie.

Managing the Upsets: The Science of Betting Probabilities

One question that many people ask when they are new to the sports betting industry is how a bookmaker can guarantee that his sportsbook business will turn out profitably. After all, one reason why sports betting is so popular is the ultimate lack of predictability that sporting events provide. When the Washington Nationals beat the Houston Astros in the 2019 World Series, for example, no one could have predicted that the road team would win all seven games.

In the entire history of professional sports, including Major League Baseball along with the NBA and the NHL, no best-of-seven series had even seen the road team win six straight games to start the series, let alone all seven. That dated more than 100 years into the past, but the Nationals and the Astros completed that for the first time. When North Carolina State upset the University of Houston in the 1983 NCAA Division I men’s basketball championship game, that game entered the all-time lore of a tournament that produces drama each year. It is the unexpected that gives sports betting its excitement.

However, those outcomes are the outliers, of course. The reason why these are called “upsets” is that they are rare. Understanding this is the first step to realizing how bookies can guarantee themselves profits.

How to Ensure Profitability for Your Sportsbook

Understanding the answer to the question, how much do bookies make per year, begins with the idea of the point spread or the Moneyline. The point spread represents the handicap, in terms of points, that an underdog would need in order to tie the favorite in a sports matchup. Sometimes the point spreads balance the action so that sportsbook owners do not end up taking a beating from a matchup. At other times, the point spread does not get large enough to bring balance. Consider Super Bowl XXIX, when the San Francisco 49ers entered their matchup with the San Diego Chargers as 18 ½-point favorites. That is the largest point spread in Super Bowl history, but that did not dissuade the majority of the bettors from going with the favorites. The 49ers ended up winning, 49-26, covering that immense point spread and forcing the books to pay the bettors who had gathered on that far side of the spread.

Surviving the swings of fortune

There are other times, though, when the point spread allows the underdog room to cover. Sometimes the room ends up to be much larger than what the underdog needed, as in Super Bowl III when the Baltimore Colts were 18-point favorites against the New York Jets, but the Jets ended up winning by nine points. At other times, the underdog ends up covering at the last minute. An example of this happened in the 2018 game between the Air Force Academy and San Diego State University. Bettors had taken advantage of an over/under total of 21 ½ points for the first half. If you took the “under,” you were nervous when San Diego State only needed three plays to score a touchdown. However, things slowed down, and then San Diego State quarterback Ryan Agnew tripped over himself on a play-action fake and fell down…in his own end zone, for a safety. Air Force scored a touchdown with just over five minutes left in the second period to go up, 9-7. Then San Diego State punted…and Air Force lined up to punt as well, with 18 seconds left before halftime. So if you took the “under” here, you were feeling pretty good. However, San Diego State blocked that punt, and Trenton Thompson took the loose ball back to the house, to make the score 14-9…and that point total 23. In an instant, money went out the door.

Setting point totals, moneylines and point spreads takes research – which is how sportsbook agents should spend their time. When you ask yourself, how much do bookies make per year? you understand that the bookies that set the most insightful lines end up with more money, over time.

However, there is also a mechanism built in to ensure profitability, which is called the “vig.”

The “vig,” short for “vigorish,” is the cut you charge as a sportsbook agent for your clients to bet. When you offer a point spread, you often will offer it at -110 odds. So if you think, for example, that the New York Giants will beat the Philadelphia Eagles by 6 ½ points, you would offer New York -6.5 with -110 odds. What that means is that if your betting clients want to take the Giants with the points and win $100, they would have to put down $110. If they want to take the Eagles, they would also put down $110 to win $100. So, for each losing bet, you’ll collect $110. For each winning bet, you’ll pay out $100 (plus the original $110). If the betting is exactly balanced, then you’ll be ahead $10 for every two bets.

The vig also works with Moneyline betting. In this case, your bettors are wagering on the straight outcome, and the handicapping comes on the Moneyline numbers. Let’s say you have the Toronto Blue Jays as favorites to win against the Baltimore Orioles. You might set that wager at Toronto -140 / Baltimore +160. In this case, a bettor taking the Blue Jays would need to wager $140 to win $100. Bettors taking the Orioles would win $160 on a $100 bet. You adjust these money lines to build the handicap you think makes sense – and you adjust them so that there is still room for you to make a profit, believing that there will be enough action on the losing side of the wager. There are many online platforms where you can set up your sportsbook so that you hand off the administrative tasks to others, while you focus on the sports side of the business, as well as the marketing. Ace Per Head.com has established a reputation as one of the top platforms in the industry – and our sales staff is ready to help your sportsbook become the next big winner!