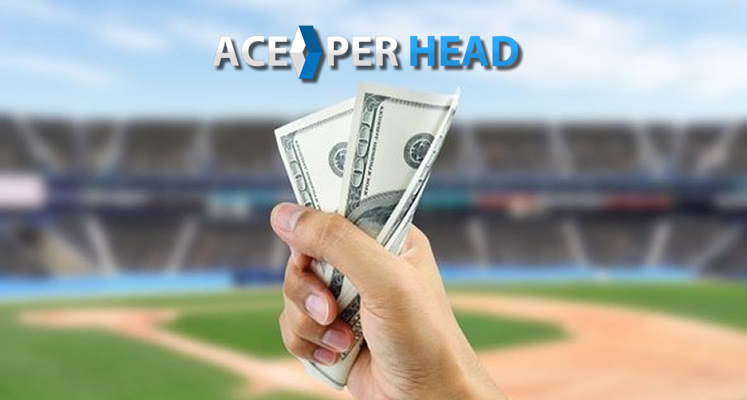 The price per head industry focuses on providing bookies with a website with updated up to the second odds for their players to bet on all the sporting events from around the world each day. This is a competitive market and today we wanted to review one of the better and more popular price per player services in the market.

Ace Per Head has been in business for 25 years and has really begun to make a name for themselves over the last decade. Their standard price per player is $10 per active player per week and they only charge for a player if the player actually had a graded wager for that week. So for example, if an agent has 50 players on their agent account, but only 26 players played that week then they would only get charged $260 for that week.

This price is pretty much the average price in the industry, however, there are definitely other price per player services that do charge a lower price than $10. So if you are just looking for the cheapest service out there then Ace is probably not going to be the best option for you.

However, the reason that AcePerHead.com is not the lowest price on the market is that the actual product they offer is rated as one of the best in the current market. They have a huge board of options that even has less popular options such as e-sports, rugby, cricket, entertainment, politics and more. In addition, they have live included in the $10 price that has side, total, and money line for all professional football, basketball, baseball, and hockey, and key college basketball and football games, live soccer on champions league and major tournaments, all weekly golf tournaments and major tennis tournaments. The amount of betting they have alone is worth the extra couple of dollars per player because players will be able to bet anything they want and the more options lead to more volume per player and more money they will lose on average.

In addition, Ace has very sharp and aggressive lines that move instantly and they also have some professional sharp bettors in their system which enable them to move lines faster than most books. Having the sharpest lines may not seem like that big of a deal, but a half a point or point could easily mean the difference from a player losing a wager instead of pushing or winning. The weekly average hold percentage at Ace is 14% per week compared to the industry average of 5% per week. So that extra 9% is huge in terms of their agents making more money from players then the average service.

Lastly Ace Per Head does have one other option where the price can be slightly reduced. They have a current promotion where agents get charged $8 per active player per week if they make their site fee payments through cryptocurrency methods such as Bitcoin, Litecoin, Ether or Stellar. So not only is this an easy and convenient method to pay the price per head fee but it has the extra incentive of getting a lower price per head as well. So if you are looking for a quality product that can make you the most money possible then give Ace a call today at 1-800-909-5193 to get set up immediately.